Each Volcano  appearing in the reel releases a Lava Ball, and once the Volcano is full of Lava, it erupts some Lava Balls, which trigger 3 Free Spins.

If there is a block of icons present during the feature, they'll merge to form a giant block, and their total value will be multiplied according to the format below: 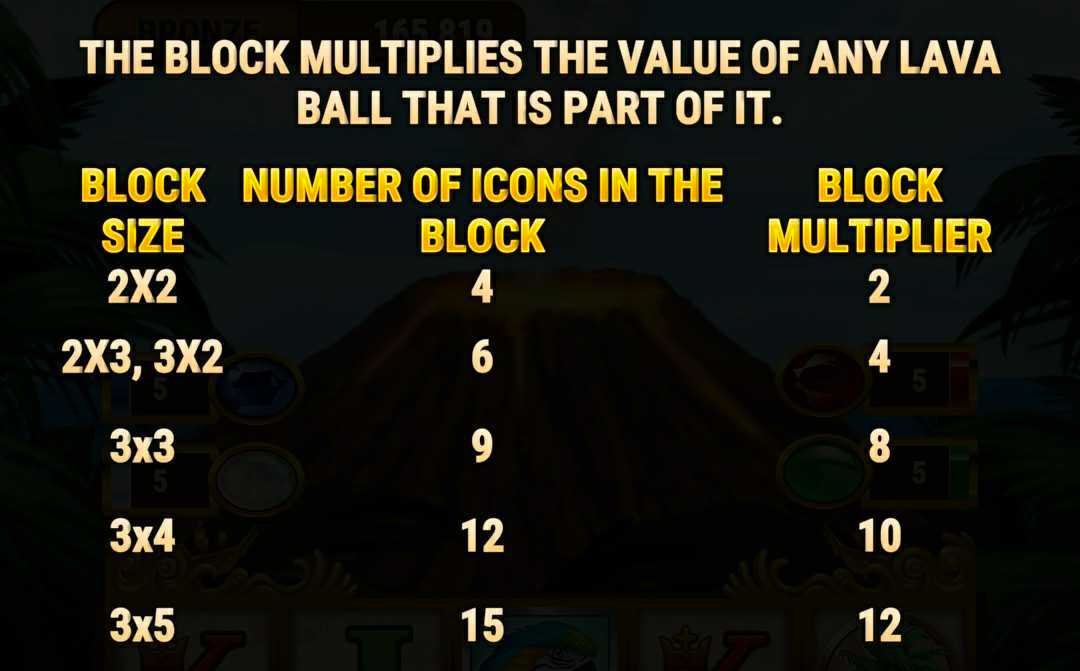 The game will always select the most profitable distribution of giant icons possible.